Cinnamon Roll Cake takes everything that is amazing about cinnamon rolls and makes them even bigger and better. It’s basically Mega Ultra Cinnamon Roll, which is the stuff of legends. 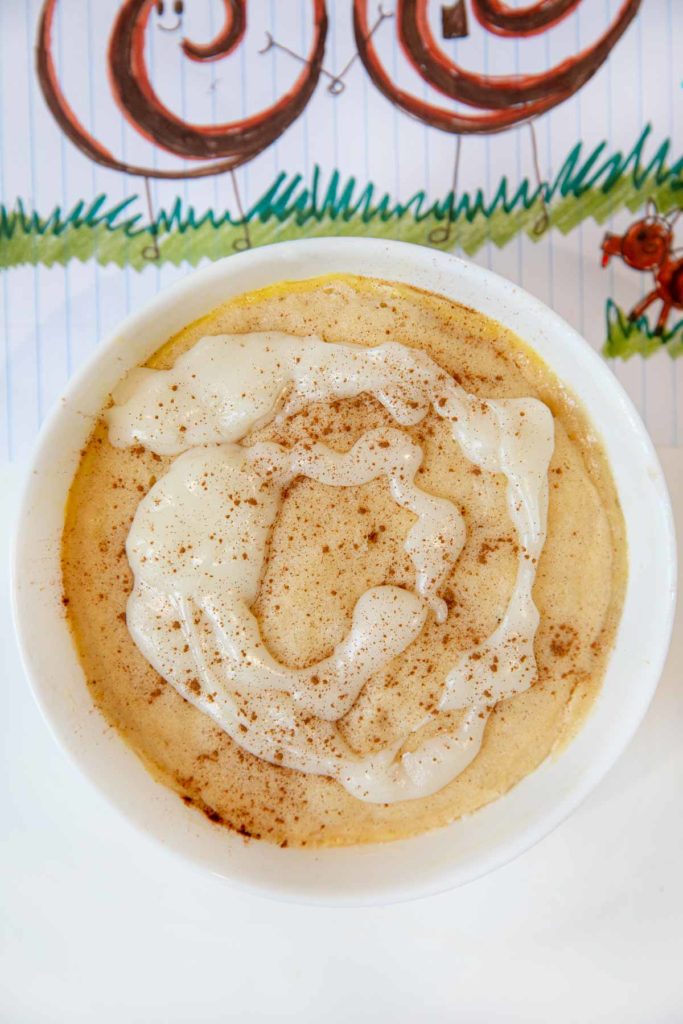 Okay, so it’s winter time, you’re supposed to be studying but all you can think about is something delicious, gooey, buttery, and rich. You know if you leave your room, the chances of coming back to study any time soon are slim to none but you can’t shake that craving.

Enter the Cinnamon Roll Cake. It’s got the all the flavor or a cinnamon roll but you don’t have to any complicated baking and kneading of dough, not like that was even an option to begin with.

Cinnamon Roll Cake is super easy and you don’t need a nice oven to make it. You just need a working microwave, a bowl, and a fork.

This Cake recipe makes enough for 2 people to have a bite, and it’s so good you’ll have people lining up to be the lucky one who gets to share it with you. Hey it might even be a way to lure a study buddy that will actually keep you on track and focused. 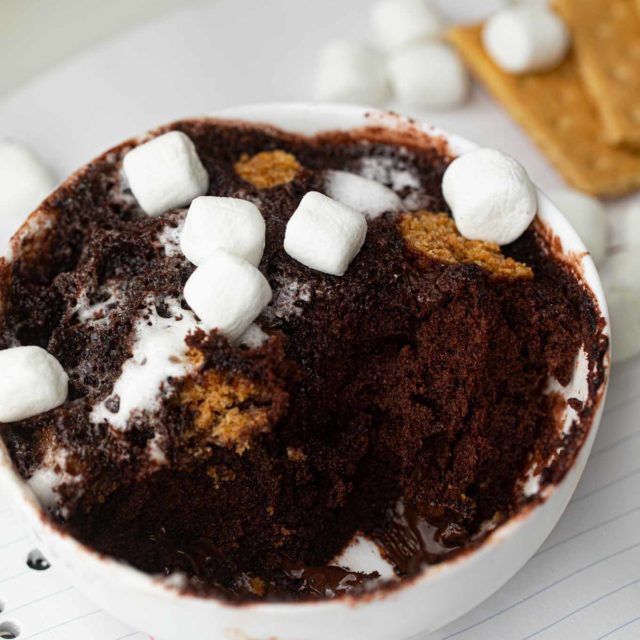 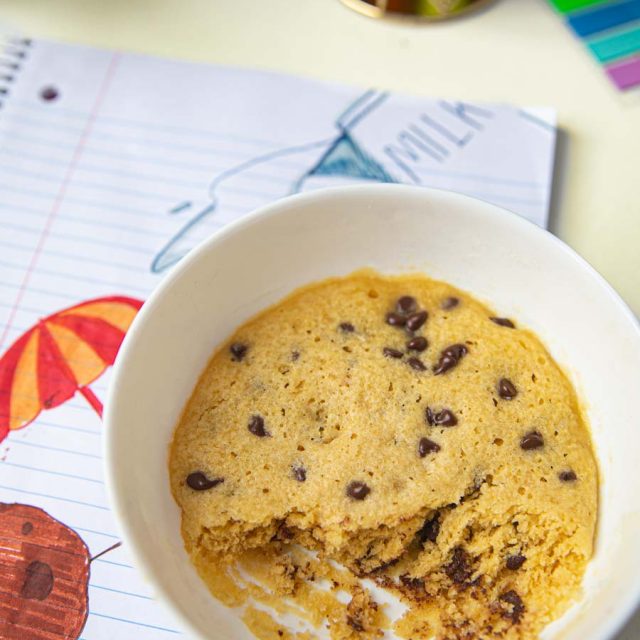 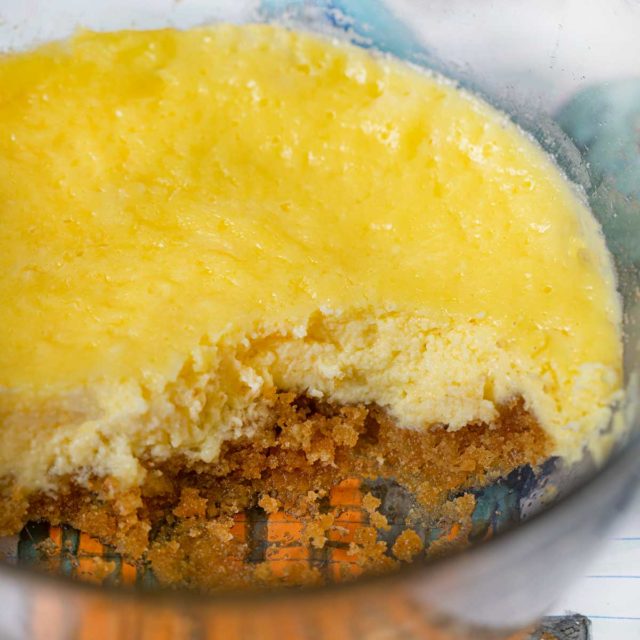 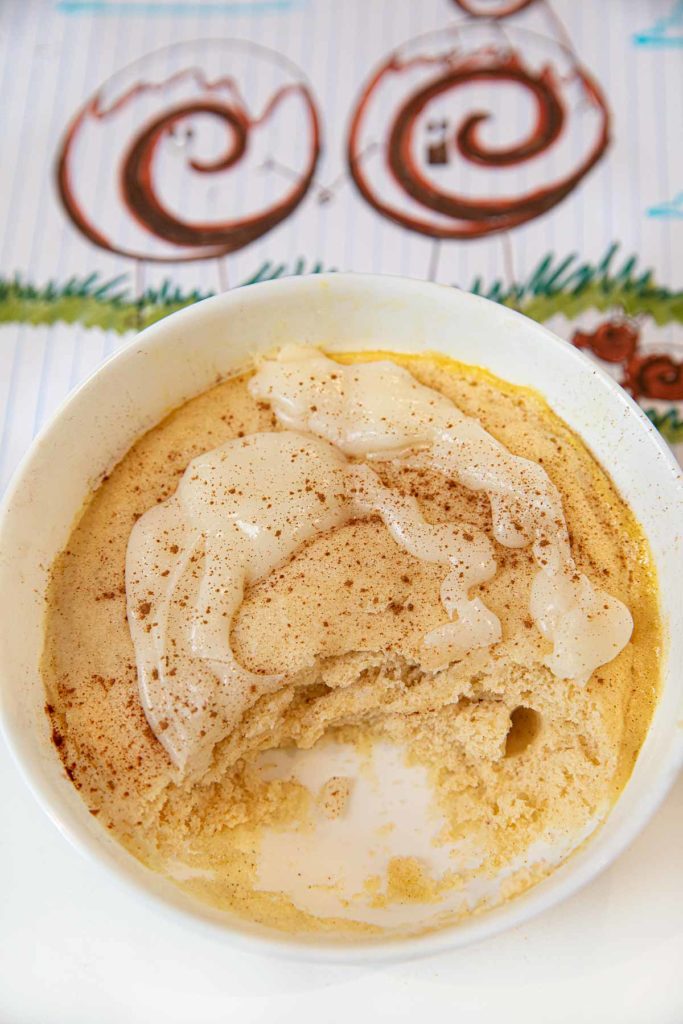 You can add a dollop of Cool Whip to the mix for a little extra sweetness. If you have some extra ice cream kicking around, you can serve it on slice of Cinnamon Roll Cake. Chocolate, vanilla, mint chocolate chip (yes, mint!), whatever flavor you got will taste good. We can’t say yay or nay on whether sherbet goes with it. Let us know if you brave it!

If you want to look like you’re a professional Cake Arranger (yes, that is totally a real title, why do you ask?) start by scooping some ice cream, then slide a piece of cake onto the plate next to it. Top the cake with a dollop of cool whip or frosting, then dust the top with chopped nuts or chocolate chips and presto! A beautiful dessert that you can smash into your face.

Cover the bowl of cake tightly with plastic wrap or stuff what’s left into a sealable bag to keep the air out. It should stay tasty in the fridge for up to 4 days, but you should eat it quick to keep anyone else form getting to it first.

$$: There’s some not so common ingredients like buttermilk and applesauce that you probably won’t have on hand. However, once you buy them you can keep making Cinnamon Roll Cake until you run out or get tired of it. 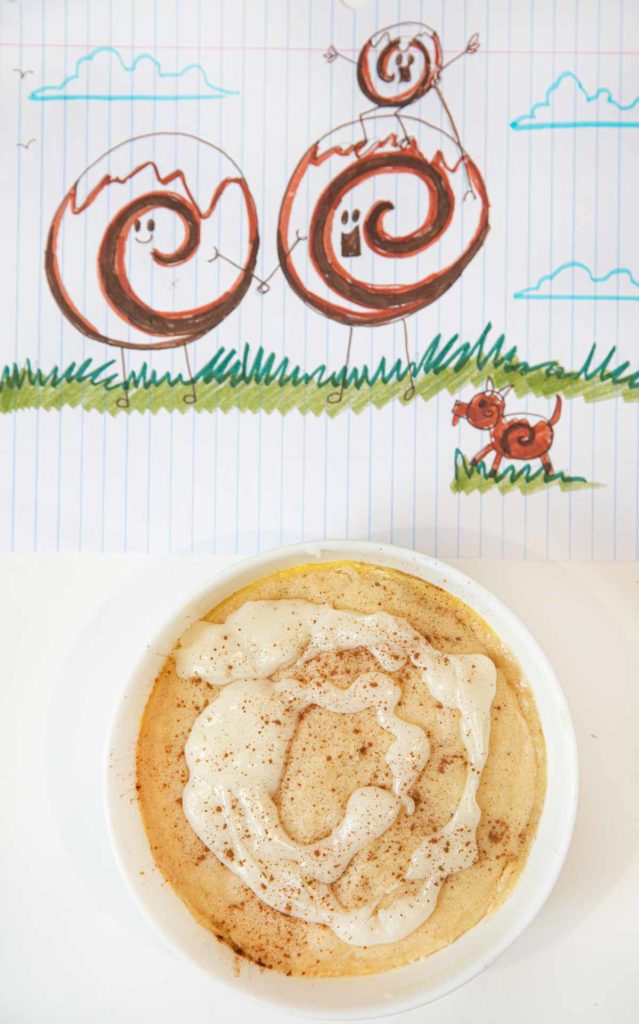 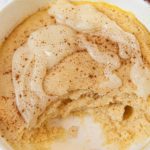